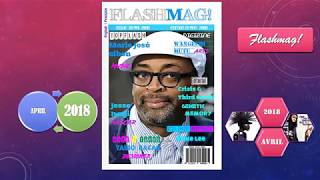 Most of us still date and marry folks from the same socioeconomic background as us: as the New York Times put it in 2012, "Doctors used to marry nurses. Now doctors marry doctors." Real love does not count pennies. Love just happens when you get to know another person very well and you love who they are, not what they have. Meanwhile it’s important to note the money thing is never out of the picture some people assert with unbreakable arguments that what their partner have,

On January 20, 1949, in his State of the Union address, US President Harry Truman used the word "underdeveloped" for the first time. While the cold war was in its early stages, the US president had realized that a formula had to be found to put a good part of the world under the Western yoke, by stating that the U.S., would launch a bold program to save the Third World countries from misery. it gave the starting point for a policy of neo-colonization that would impose a cri

Love - Relationships last longer when the woman is more attractive

Whether deliberate or not, the Corona Virus is a tool of war

Whether deliberate or not, the Corona Virus is a tool of war

Is the Free World Free?

Africa is sick of the bourgeoisie of tropical kinglets

How to Sleep with "Political Enemies"